Dating and Relationships coach Maya Diamond is here with is to discuss what to do, how to act and how to be in your first dates and encounters with a woman. 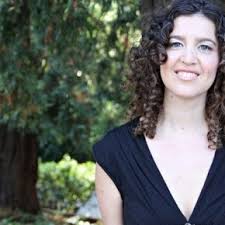 So much of the modern “dating advice” these days is just simply confusing.
More often, I’m hearing guys online and offline are saying things like:
“I want to tell her I like her, but then I’ll lose my power”
“How do I pay for dinner without seeming like a ‘nice guy’ that she’ll walk all over?”
“If I give her a compliment, she won’t be attracted to me”

While there is always some truth to these kind of statements, it’s an unfortunate trend. Especially now, words like ’neg’ and ‘cocky funny’ are embedded in the dating-vernacular and guys are spouting these statements like they’re somehow Laws of Nature vs Training Wheels.

Yes, if you turn up with a $100 bouquet of flowers and a box of chocolates on your first coffee date, it may trigger some ‘potential stalker’ alarm bells. But sharing that you love spending time with a woman you just met isn’t (contrary to popular belief) going to open up some Nice-Guy-Wormhole-of-Doom where you never get to have sex again.

The original intention of all this advice was simply to give guys some crutches to get back on their feet and interacting with women – but as ideas virally spread, it turns into dogma and confuses the shit out of every 27y/o guy trying to figure out how to get a date.

The truth is, we’re all fucking insecure. And not-expressing your appreciation/sharing impact in-order-to have her think you’re ‘aloof and mysterious/cool’ is just as insecure as the exaggerated nice guy we’ve all seen in movies. Two sides of the same coin.

I challenge you to listen to this interview through the lens of: Women are human beings who like to be liked (just like we do) rather than ‘I heard [insert ‘pickup’ instructor] say that ‘dates’ are for losers’.

P.S. In this episode, Maya mentions ‘Attachment Styles’ – and while we don’t go too far in depth in this particular interview, it’s definitely worth a deeper look. This is emerging as one of the most powerful models for dealing with our ‘insecure attachments’ that can cause a lot of the pendulum swings between ‘nice guy’ and ‘jerk’.