How to Have Women Turn to Greet You

There I was, standing next to two women in conversation, waiting for one to finish so I could talk with her.

So I waited …and waited… and just kept waiting.

All kinds of thoughts floated through my head as I stood there.

“This feels terrible. How can some guys just walk up and start a great conversation and have it flow naturally and effortlessly while I feel totally stuck?”

Man, that sucked! I would try to “play it off” by acting like I was actually going past them to the bathroom…

This used to happen all the time and it hardly led to the kind of interactions I wanted.

Fortunately, since that time I’ve learned how to use Presence to “own the space around me” in a way that has women actually turn and welcome me as I approach them.

And the freedom I feel now, compared to the STRESS I used to feel, is like living in another world.

How To Have The Presence of a Rock Star

Now, if you’ve ever seen a rockstar like Mick Jagger or Bono, who regularly entertain tens of thousands of people, then you’ve been in the Presence of someone who owns the space around them on a MASSIVE SCALE.

Decker (the other co-founder of the Authentic Man Program) says that when he first started discovering this phenomenon of “owning his space,” it actually had NOTHING to do with women.

He was in college and would notice that in crowded lecture halls, surrounded by hundreds of other people, the professor would start talking directly to him for up to 5 minutes at a time.

He was in college and would notice that in crowded lecture halls, surrounded by hundreds of other people, the professor would start talking directly to him for up to 5 minutes at a time.

Think about that… How does one person, surrounded by hundreds of other people, command so much attention that the professor singles them out and speaks directly to them, as though they are the only two in the room together? Meanwhile, I’d have to fake a seizure to get people to notice me.

Back then it would even begin to get uncomfortable for Decker, as other students would start to notice and look at him with expressions of “WTF?!”

As he went to another lecture hall, class, or social event, the same experience would consistently occur over and over again.

There was a phenomenon where people, including women, kept feeling drawn to connect with him.

He didn’t just own his personal space, he owned the entire space around him in a way that felt safe, welcoming, confident and just plain ‘good’ to other people.

As a result, the world around him responded with attraction, and women found his Presence completely irresistible.

Later I started to discover how this could also be possible for ME, and it was like a light bulb went off in my world.

This exercise I’m about to share with you is one of the first that helped me to have the kinds of experiences Decker was having.

Try This Quick Exercise Next Time You’re Out

Imagine yourself reaching out and touching the four walls of the space you are in, all at the same time.

If it helps, imagine it like the “Big Bang” theory of how the universe was created. Breathe deeply, and visualize and feel yourself moving outward, expanding in all directions at once. 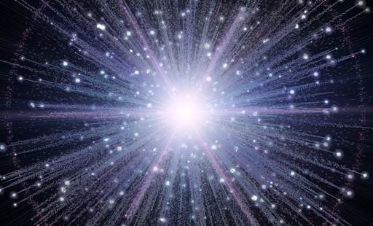 As you relax into this, your gaze will become wider and more spacious. You’ll notice that your body language naturally relaxes, opens and becomes “alpha,” without you even having to think about it.

Expand your awareness to include whomever you are inspired to meet, BEFORE you interact with them, and notice the difference you experience when you engage.

This can sometimes feel vulnerable at first, but once you really begin to get it you’ll notice a very clear shift in the way people relate to you. And, when you cultivate your ability to be Present and Own Your Space, women will feel it.

But don’t take my word for it — try it for yourself!

One more thing that will REALLY cement this practice for you — is SEEING it in action.

You can actually WATCH me do this exercise with live women in the Free Video, Foundations of Inner Game: Revealed.

Watching my example will really help you INTEGRATE this for yourself, so that you can begin to NATURALLY “Own Your Space.”

Plus, you’ll get a ton of other cool bonuses — all for simply test driving our monthly “Inner Game Training Program” — for Free.