TAKE THIS QUIZ: Are You “Emotionally Constipated”?

Something happened to one of my clients.

He walked in the other day like a NEW MAN. I’ll call him “Clark,” because his transformation was almost as dramatic as Clark Kent transforming into Superman.

Usually his voice is a bit muffled, his glances are furtive and tentative, and he acts more like a little boy than a 29-year-old man. He always looks like he’s bracing to get hit by somebody.

When I saw Clark THIS time his voice was deeper and fuller, he was “owning his space” more, and he was more upright in his being and posture. This guy was SOLID.

Clark has been longing to really step into his power – and it seems that he’s finally done it!

So What the Hell Happened to Clark?

I knew he’d been part of an AMP Intensive course that weekend. He said he’d basically had a huge emotional opening, burning through decades of sadness, anger, shame and fear.

I wasn’t surprised to hear that’s what he had happened, ’cause well over 90% of guys in our courses have a similar experience – they have huge emotional releases. What we keep finding in doing this deep, Identity-Level work is that guys are friggin’ Emotionally Constipated!

Most men have stuffed their emotions down for so long, for sooo many years, that in the process they’ve created brilliant habitual patterns designed to prevent themselves from feeling.

What Decker and I have personally discovered, and seen time and again with the hundreds of men we’ve worked with, is that our incredible ability to “emotionally constipate” keeps us from feeling sad, hurt, and angry.

our incredible ability to “emotionally constipate” keeps us from feeling sad, hurt, and angry.

With, of course, an unfortunate side effect that it also keeps us from feeling happiness and joy.

The other unfortunate side effect of emotional constipation is that all that pent-up emotion has got to go somewhere. And if it’s not getting released, then it’s building up.

And this isn’t rocket science – if you’ve got a buildup of unexpressed emotions they don’t just disappear – they get suppressed and build up the same way things build up when you’re constipated… in your body!

So, Who Cares? What Does This Have To Do With Women? 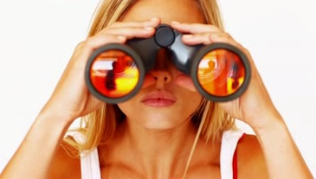 Women are so sensitively attuned to feeling men through their bodies… that they can spot a guy who’s got a lot of emotional buildup from a mile away.

Now, lots of guys don’t think they have any buildup (myself and Decker included, at one time – and don’t even get me started about Garrison).

If you feel tense, blocked, or shut down in any aspect of your relating with women, then yep – that’s most likely emotional buildup.

The bottom line is, if you suppress your emotions and try to pretend that you don’t have them, it’s going to mess up your relating with women.

Because women can TELL what is going on for you, even if you DON’T.

In most cases it will simply show up as lack of connection and turn-on in your interactions with women.

Take this Simple Quiz to see if you’re Emotionally Constipated: 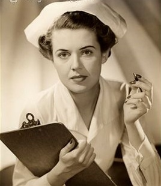 Within the past year, have you:

If you answered “NO” to any of these 3 questions, my guess is that you’re not really living your life to the fullest (probably because you’re Emotionally Constipated!)

When you DO become willing to REALLY feel your emotions and allow your body to finally relax, the benefits will be IMMEDIATE and NOTICEABLE!

I can’t begin to tell you how good that will feel to you… as well as to the women you interact with.

Our 3-Step Foundations are like “Emotional Pipe Cleaner” – designed to UNCOVER, CLEAR and KEEP your emotional pathways clean.

From this place, you’ll be more Present, without spending all that unconscious energy SUPPRESSING what you’re feeling.

And whenever you’re interacting with women, they’ll feel GOOD being with you, no matter WHAT you say or do.

To get a breakdown of the 3 Foundations, test drive our Inner Game Training Program, and receive our 1-hour Foundations:Revealed video for Free–Get it now, here