This one might seem offensive, but it is a thoughtful exploration of both sides of a touchy, controversial issue.

Feminism did a lot to open the professional sphere to women, a world once totally dominated by men. 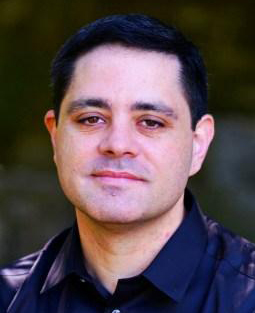 Considering we as a society are moving from an industrial to informational means of production, this move is perfectly reasonable.

There is, however, something to the tone and vigor of modern feminism that has begun to foment a backlash. “Men’s rights activists”(MRA’s) are stepping in and arguing that feminism has gone too far and there are now, in fact, many areas of society in which men are the unequivocal losers.

At AMP we acknowledge that there are, indeed differences in the life experiences of men and women, while honoring that each are equally valid experiences.

Playing with and mastering the polarity in that difference is where a lot of the juice in relationship lives.

In this episode, Therapist Mark Forman and I explore some of the gender stereotypes, commonly used(and misleading) statistics, and break down some of the divisive narratives offered by feminists and MRA’s.

Dr. Mark Forman provides therapy for individual adults, couples, as well as teens (age 14 and over). He is a leading author and teacher in the field of Integral Psychotherapy, training other therapists and working with organizations. Mark is the Clinical Director of Life Design Centre and Lead Trainer of the Certified Integral Psychotherapist (CIT) Training Program.

Murray Strauss on gender violence data showing equal rates of perpetration. – This document also discusses the suppression of this data over the last three decades

Warren Farrell‘s insightful book on the myth of the wage gap due to ‘discrimination’ – and how men’s and women’s work choices lead to the difference in earnings.

U.S Department of Labor 2009 report showing earning differences between men and women are due to overall career choices and not due to discrimination.

Study showing men and women pick college majors and careers that fit with their self-identified personalities.

A Pew Study showing that men and women do almost the exact same total amount of work per week.

Bureau of Justice Statistics about rape on campus showing roughly 6 incidents of sexual assault (including about 3-4 rapes) per 1000 college women, equating to about a 1 in 50 lifetime prevalence

Predator Theory: Information suggesting that most of the rapes are carried out by a small group of repeat offender males.

Warren Farrell’s classic book on The Myth of Male Power

Karen Straughan on the disposable male